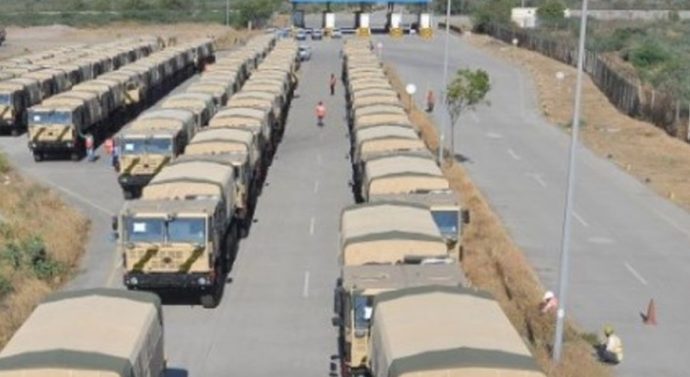 In a statement on Twitter, the Moroccan Royal Armed Forces on Sunday confirmed that the military trucks they ordered were “on their way to be delivered.”

IDRW posted photos showing the 92 LPTA 244 6×6 trucks ready to be exported to Morocco from Port Pipavav, located on the West Coast of India.
The website Military Africa detailed the truck’s many features, saying that it is “suitable for up-armoring, and can be configured for a variety of applications, including a common gun tower, a multi-barrel rocket launcher, and a missile firing unit,” among others.