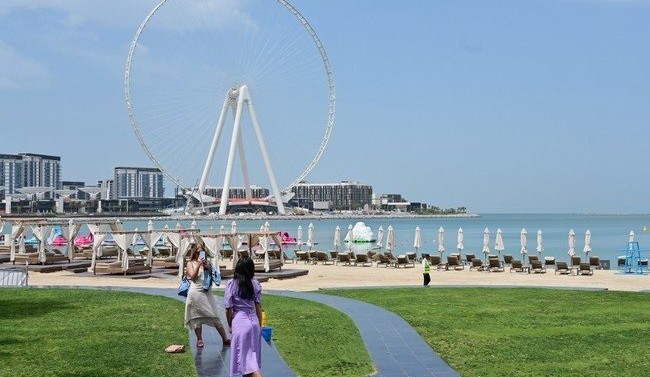 Corona virus special
In Dubai, hotels are allowed to open private beaches
Beach hotels in Dubai are only allowed to open private beaches for guests.
Arab News quoted the WAM news agency as saying that the permission was given at a time when Dubai is considering easing sanctions imposed due to the corona virus.
In Dubai, the Supreme Committee of Crisis Management has taken new steps to lift restrictions on the movement of people, including the opening of public parks and the opening of private batches of hotels.
Recreational activities such as cycling, water sports and skydiving have also been allowed, as well as the return of the Dubai Ferry Operation, Water Taxi, Abras and Car Sharing Service.
However, the committee said that despite these announcements, strict security measures would be implemented, including maintaining social distance and not gathering more than five people.
The Dubai Tourism Authority had earlier issued guidelines for hotels, including restrictions on shops and restaurants and hygiene.
However, swimming pools, showers, spas and private events are still banned and hotels have been instructed to complete ‘sterilization’ before reopening.