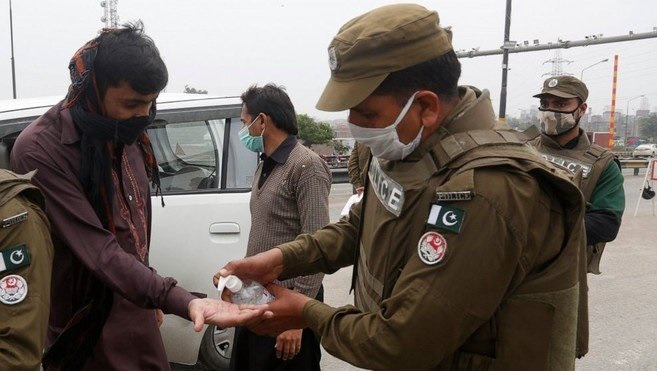 Corona Virus Record more than 3,000 new cases, 88 deaths in one day in Pakistan
A new record of more cases of corona virus in a single day has been set in Pakistan with more than 3,000 testing positive, while a record 88 deaths have been reported in the last 24 hours.
The death toll from Corona in the country has risen to 1,483, according to official figures released Sunday morning.
Punjab, the largest province in terms of population, has the highest number of deaths, with 36 deaths yesterday, bringing the death toll to 475, while 465 patients have died in Sindh and 453 in Khyber Pakhtunkhwa.
According to the National Command and Operations Center, 46 patients have died so far in Balochistan and 27 in Islamabad. Eleven in Gilgit-Baltistan and six in Pakistan-administered Kashmir.
So far, 547,000 tests have been conducted in the country, of which 14,972 were conducted yesterday.
According to statistics, corona has been found in 69,496 people in Pakistan so far out of which 25,271 have recovered while 723 are in critical condition.
According to the National Command and Operations Center, 4,480 patients are currently being treated in 727 hospitals in Pakistan.
It should be noted that the first case of Corona in Pakistan came to light in late February.
The highest number of patients in Pakistan at present is in Sindh where 27,360 people were diagnosed with corona. More than 25,000 in Punjab and 9,500 in Khyber Pakhtunkhwa have tested positive for corona so far.
Zafar Mirza, Special Assistant to the Prime Minister for Health in Pakistan, has said that the use of masks is being considered mandatory in the current situation.