How safe are the cars made in Pakistan?
According to the World Health Organization, 35,000 people are killed in traffic accidents in Pakistan every year while more than 50,000 people are injured and suffer from lifelong disability. According to government statistics, traffic accidents occur in Pakistan every five minutes. In which one or the other person is injured or killed.
Although the main reason for these accidents is non-compliance with traffic rules, the deaths in these accidents are also attributed to the absence of safety standards or non-installation of standard safety equipment in vehicles manufactured in Pakistan.
Not only the common man but also a number of Pakistani political figures lost their lives due to lack of proper or standard safety equipment in their vehicles or their families. 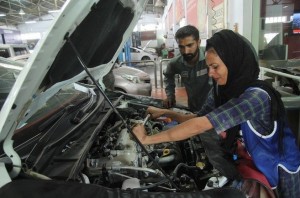 In the past few years, Azeem Daultana, Member National Assembly and Parliamentary Secretary, son of former Federal Minister Qamar Zaman Kaira, while Engineer Baligh-ur-Rehman’s wife and children were also killed in traffic accidents, raising questions about the quality of vehicles manufactured in the country.
Pakistan’s Federal Minister for Science and Technology Fawad Chaudhry has said in a tweet that the standards for vehicles made in Pakistan have been set.
The preliminary standards will be submitted to the cabinet for approval within a month.
Fawad Chaudhry said, “It was a very difficult task for me. A lot of obstacles were put in, but I do what I set out to do.
When Urdu News spoke to Fawad Chaudhry in this regard, he said, “These standards have made it clear to car manufacturers that there are seven safety standards which should be made in such a way that human lives are safe in case of an accident.” Stay. ‘
“Whenever there is an accident, the brakes of these vehicles do not work,” he said. The new safety standards include improved brake quality and braking when needed. In the event of an accident, the windscreen should not fall on the occupants of the vehicle and the airbags should be opened.
Low quality headlights in vehicles are usually a major cause of accidents at night. According to Fawad Chaudhry, the new safety standards include installing lights that work at night and installing standard wipers to remove water from the screen in the event of rain, for a fee.
Asked if car manufacturers would raise car prices in the name of ensuring new safety standards, Chaudhry said: “These are all standards that these companies have already promised to meet. And in their name they are receiving a price. They have to ensure all these standards within the current prices.
On the other hand, Pakistan Motors Dealers Association appreciates the initiative of the Ministry of Science and Technology. He is of the view that the safety standards of the vehicles assembled in Pakistan at present are zero while the prices are even higher than many international standard vehicles.
Talking to Media HM Shehzad, Chairman, Pakistan Motors Dealers Association, said that the main reason for non-importation of assembled vehicles in Pakistan is that their prices are of world class and there is no safety standard in them. The government has now made an effort but the local assembly is not ready to accept it.
“The government should implement safety standards in all circumstances,” he said. Now the government has to forcefully ensure these standards. If it has not been implemented for the last 35 years, it should be done now.
He said. “A 650 cc car has been introduced in Pakistan at a cost of Rs 16 lakh and its safety standards are zero,” In India, the same car is called Maruti Bharat One. It has all the standards. It is a semi-hybrid vehicle with a system. The Pakistani assembler has stolen that system. The car in India has all the safety standards that are in Japanese cars and its price is Rs.
“Now the world’s cars use eight airbags instead of two to save lives,” he said. Here, if we talk about airbags, is there an ordering program that requires one or two? If two say so, he has to pay Rs. 560,000 separately.
It may be recalled that Afzal Latif, Secretary, Ministry of Industries and Production, had recently told a parliamentary committee that there was no way to test safety and standards for local auto manufacturers in Pakistan at present.
The Ministry of Industry and Production does not check the condition of locally made vehicles, not even the price. The inspection falls under the purview of the Pakistan Standards Quality Control Authority (PSQCA), an agency of the Ministry of Science and Technology. Not a responsible regulatory authority.
Urdu News contacted several automobile companies, including the All Pakistan Automobile Manufacturers Association, but they said that only the secretary of the association, who has not been available for a week, would take a stand on the issue.

How safe are the cars made in Pakistan? Pakistan