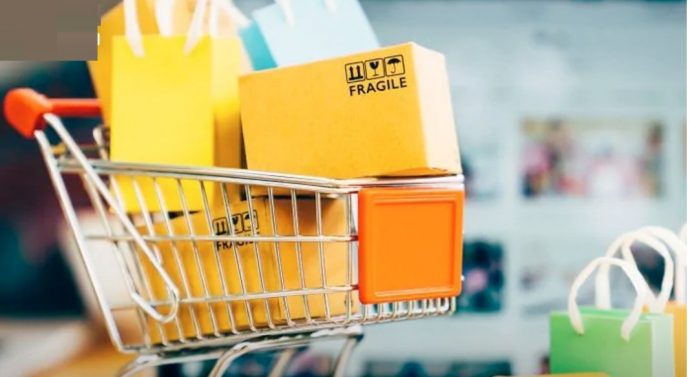 The volume of online trade in Pakistan reached Rs76 billion during the first three quarters of the previous fiscal year, showing an increase of 25%, WealthPK reported.

As online sales and purchases of goods became common in the country, e-commerce began to grow. The volume of e-commerce increased by 40%, 34%, and 74% in 2018-19, 2019-20 and 2020-21 respectively. Likewise, the number of e-commerce merchants including online platforms, companies and individuals also grew significantly in Pakistan. The total number of e-commerce merchants reached 4,445 in the financial year 2021-22 from 1,094 in the fiscal year 2017-18, according to the report. The estimates based on market feedback show that around half a million sellers are registered with e-commerce platforms in the country. Khawaja Saud Masud, a known start-up and management consultant, told WealthPK that as of March 2022, Pakistan had 113 million 3G/4G subscribers and 116 million broadband subscribers. He added that the figures were encouraging but the e-commerce transaction value was still very small as compared to the overall retail flows.

He said that the Covid-19 pandemic globally gave a boom to e-commerce and e-business in general and Pakistan was no exception as people were restricted to their homes owing to precautionary measures and they had no choice other than online shopping.

“E-commerce will go up rapidly in the next years,” he added. Muhammad Suleyman Khan, the director general of e-commerce at the Ministry of Commerce, told WealthPK that an increase in the e-commerce sector in the country was witnessed during the last three years, especially after the outbreak of the Covid-19 pandemic. He said that an E-Tajarat portal was successfully launched by the ministry of commerce in the current year to facilitate macro, small and medium enterprises. Similarly, he said, the Business to Business (B2B) trade portal was launched to promote and showcase small and medium enterprises (SMEs) and their products.

Suleyman Khan said that thousands of youths were trained last year in freelancing and digital skills to get jobs. He said that National E-Commerce Council was implementing the e-commerce policy in coordination with other relevant ministries and departments to boost online trade in the country.

He said that Amazon added Pakistan to its seller list in May last year. “More than 6,000 sellers have registered with it and recorded sales of more than $20 million since then,” said Suleyman Khan.

He said that despite having online businesses, many e-commerce traders adopted the “cash-on-delivery” method that discouraged e-transactions. “We need to encourage the online payment method,” he said.

The Pakistan Software House Association (P@SHA) said in a report that the government should impose a sales tax on third-party logistics (3PL) service providers for “cash-on-delivery” sales to discourage the manual mechanism of transactions.

It said that about 90% of e-commerce orders were fulfilled through the “cash-on-delivery” method. It added that courier service providers processed the cash payments on behalf of the e-commerce traders, which might not be fully documented.

The report said that no additional tax should be imposed for five years on the sector to avoid discouraging the sellers as well as encourage all courier and logistics service providers to find ways to continue their business.