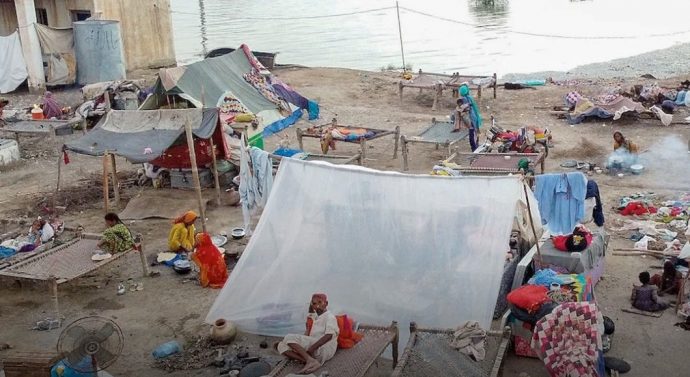 A US-based NGO run by expats has launched a relief and rehabilitation project for flood victims worth Rs3.5 billion.

Helping Hand for Relief and Development (HHRD) has begun a project initially worth Rs3.5 billion for relief and rehabilitation of flood victims, and expects to pull in more groups and funds in future.

A number of countries want to work together for the rehabilitation of flood victims through HHRD, which has been working in Pakistan for the last 16 years in helping humanity irrespective of race, caste and religion, said Dr Mohsin Ansari, President of Islamic Circle of North America (ICNA), a partner of HHRD, talking to the media here on Sunday.

Chief executive officer of HHRD in US, Javed Saddiqui, said the recent floods caused greater devastation than the 2005 earthquake though exact estimates of losses are yet to be assessed.

HHRD Country Director Muhammad Saleem Mansoori said torrential rains and floods engulfed the entire Pakistan, as majority areas of Balochistan, Sindh, South Punjab and Khyber Pakhtunkhwa were the most affected, and the communities living in low-lying areas near the rivers were the worst hit. Thousands of people died while millions were left homeless and out of means to survive, he added.

“With waist high water standing all over the plains and above human height in many areas, there is nothing to eat, cook or take shelter. Women, elderly and children are the most affected as thousands of lives are endangered by water borne diseases and epidemics. These dire situations need immediate support and donations,” Mansoori added.