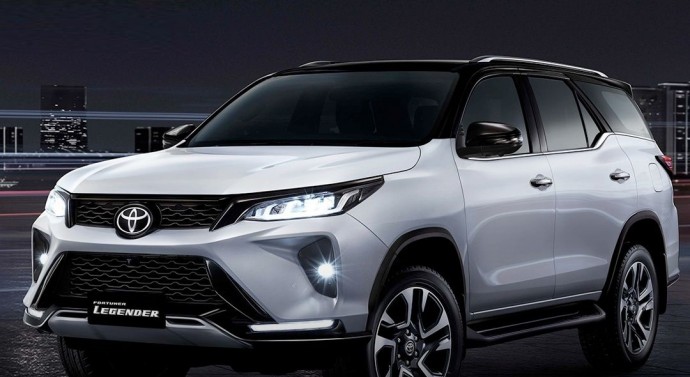 Three new variants of Toyota Fortuner facelift introduced in Pakistan
Toyota Indus Motors (IMC) has introduced three new variants of its Toyota Fortuner in Pakistan .Toyota Fortuner Petrol (V), Fortuner Petrol (G), and Fortuner SIGMA 4 Diesel. These new variants are also launched with a facelift.
The top variant, Fortuner (V) Petrol, will come in a 4×4 Power Train, which is a step up from the current SUV available in 4×2. Toyota shifted the existing variant, which used to come in 4×4, to 4×2 after Fortuner diesel SIGMA was launched.
The other two models also come with incredible specifications. The Fortuner Petrol (G) comes with a 2694 engine with 163hp at 5200RPMs and 245Nm torque at 4,000 RPMs. On the other hand, Fortuner SIGMA 4 Diesel has a 2755cc engine with 201hp at 3,000 to 3,4000 RPMs and 500Nm torque at 1,600-2,800 Nm torque.
However, all three variants are expected to be better in terms of engine power and fuel efficiency.