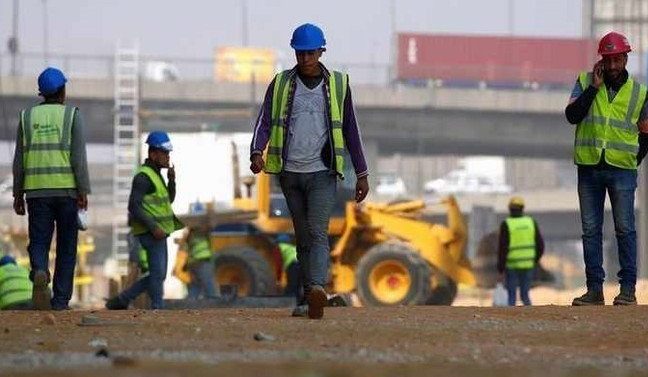 Millions of jobs will be created for Pakistanis in Saudi Arabia: Federal Ministers

Pakistan’s two federal ministers have said that more jobs will be created in Saudi Arabia and new avenues will open up for millions of Pakistanis.

Talking to Urdu News in Jeddah, Federal Interior Minister Sheikh Rashid said about future employment opportunities for Pakistanis in Saudi Arabia, “The Saudi government has indicated that it will provide employment to millions of Pakistanis in the future. A major breakthrough is also taking place in Kuwait, where visas are set to open after 2011.

Interior Minister Sheikh Rashid said that there is talk of employment of Pakistanis in Saudi Arabia. That fact must be taken into account. “

“The Saudi Crown Prince has a great program to work with Pakistan and on many important issues in the region, but how successful it is and how it can be taken forward is a matter of time,” he said. Will tell. ‘

It may be recalled that there are currently more than 2 million Pakistanis residing in Saudi Arabia who are serving in various fields in the kingdom.

To another question, the Home Minister said, “As a minister, I have visited Saudi Arabia with the rulers of the past, but Prime Minister Imran Khan has a unique style, manner of speaking and a different way of getting results.”

According to Shah Mehmood Qureshi, the Saudi Crown Prince believes that 10 million people will be needed in the next 10 years and it is gratifying that considering Pakistan’s past services, it has been decided that a large part of this workforce. It will be given to the people of Pakistan and the people of Pakistan.

“Employment opportunities will be created in Saudi Arabia,” Shah Mehmood said. This is a good and welcome development for our Pakistanis. “