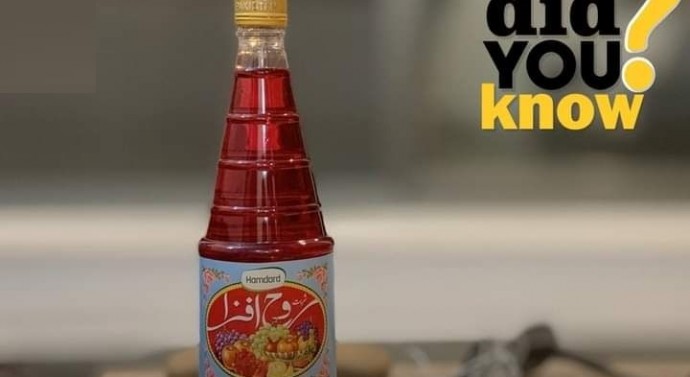 Rooh Afza was founded in Delhi as a herbal mix drink in 1906
Rooh Afza was founded by Hamdard’s founder Hakim Hafiz Abdul Majeed. In 1906, he wanted to create a herbal mix that would help Delhi’s people stay cool in the summer. He selected herbs and syrups from traditional Unani medicine and created a drink that would help counter heat strokes and prevent water loss in people.

An artist, Mirza Noor Ahmad, designed the labels of Rooh Afza in many colours in 1910. Progress in development and refining the original recipe continued all along until the final drink emerged.

Following the partition of India in 1947, while the elder son, Hakim Abdul Hameed, stayed back in India – the younger son, Hakim Mohammad Said, migrated to Pakistan on 9 January 1948 and started a separate Hamdard Company from two rooms in the old Arambagh area of Karachi.