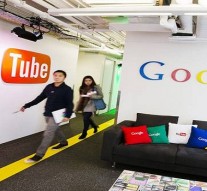 No Comments on You Tube Crowned Videos of 2014

As the year coming to an end, Google and You Tube has released their most viewed, liked and favorite videos chart on Tuesday. These videos thrilled the world with their magnificent and breath-taking moments. YouTube always collect the list which based on “shares, views, likes, comments, and many more”, which has marked to represent “the awesome range of artistry” on the site.

The list contains best feature videos which highlights the most bombastic news stories of the year.

Here are some amazing videos which are crowned with people likes, comments and views:

Mutant Giant Spider Dog- The video of a venturous Polish dog who is disguises like a furry, giant spider by his Polish evil master. The strings are like fake webs which horrified the citizens across Underground Railroad.

“Every touch of the ball proves that football will always belong to those who Risk everything, even when it matters the most.”

The advertisement was featured on top footballers like Cristiano Ronaldo, Wayne Rooney, Neymar and others on a wonderful music track of Eagles of Death Metal in background.