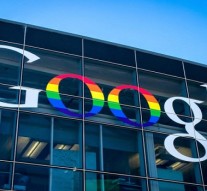 “We’re incredibly sad to announce that, due to recent changes in Spanish law; we will be removing Spanish publishers from Google News and closing Google News in Spain,”

The news spread like a fire in jungle and catch eye balls of its users. Due to new law, publisher will charge all search engines if they use their content. Later the Google cleared that no any search engine is getting paid on publishing the news. The government of Spain has passed the law of copyright in October which demands fees for online content in bulk including Google News. According to them it’s an effort to secure the country’s industry of media. On the other hand, the decision of Google base not only on Spanish News but also no publisher of Spain could be facilitate its content with Google News Edition.

On Thursday Google cleared that its other content of news will not be linked with publishers on Spain on 16th December. It means that Google will not allow publishers to be displayed in any other services which could be an effective way to get massive traffic in selling ads.

The head of Google Richard give his statement:

The law which would allow Spanish publishers to charge Google “for showing even the smallest snippet from their publications” was not sustainable. Google News itself makes no money (we do not show any advertising on the site).”