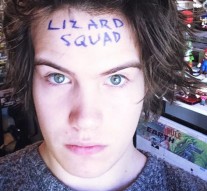 On December 8, 2014 the news shakes the world when million users hit by the alarming message as “Page not found! It’s not you It’s the internet’s fault” on Sony PlayStation official site.

This warning shook the online gaming sites including Xbox, EGaming and Disney.Later LIZARD SQUAD has taken credit for the outage, posting “PSN Login #offline #Lizard Squad” as their Twitter status.

An hour later, Sony Entertainment Network informed about the incident by tweeting that they are working to fix this problem that users are facing for connecting to the PlayStation network

“Thanks for your patience as we investigate,”

the company tweeted at about midnight GMT.

Sony Computer Entertainment located in Tokyo stated that On Monday, the trouble experienced for two hours but after that, company fixed the problem. They told that relative department is investigation about who is responsible and there is no sign appeared for stolen any data.

Last week, Sony Pictures Entertainment database in computer system disturbed by a cyber attack and secret information including unpublished movies dripped via web. Princess Beatrice also suffered for this incident when her salary from Sony picture leaked by a group named as Guardians of Peace, by mailing her pay info on her address, listed as Windsor, Berkshire, openly to media organizations in America.

The FBI is exploring bullying emails that were sent to some workers of Sony Pictures Entertainment, and now they are finding the person or group who done this crime. Unfortunately, they got no sign of any link for PlayStation and Sony Pictures incidents.