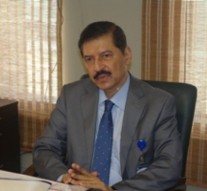 Javed Ghani appointed new chairman FBR
The federal government has also immediately replaced the third chairperson of the FBR, Noshin Javed Amjad. He is a Grade 22 officer in the Inland Review New Service. He has been posted as Secretary, National Heritage and Cultural Division. This post was vacated due to Secretary Tree National Heritage and Cultural Division Inamullah Khan’s 120-day leave.
Muhammad Javed Ghani, a Grade 22 officer of Pakistan Customs Service, has been appointed as the new Chairman FBR. He has been given additional charge for three months or up to permanent appointment. The federal cabinet approved the summary through circulation, after which the Establishment Division on Saturday afternoon issued a notification of these appointments and transfers.
It is noteworthy that the present government has appointed this fourth chairman FBR. First, Dr Muhammad Jahanzeb Khan was appointed Chairman FBR. After that, Shabar Zaidi was appointed from the private sector. After him, Noshin Javed Amjad was appointed.
He held the post for five months. The revenue collection target for the last financial year was set at Rs. 5500 billion which was later revised twice but the initial target was not achieved and only Rs. 4000 billion revenue was achieved. The proposal to bring in the FBR chairman from the private sector is still under consideration.
Muhammad Javed Ghani has been performing customs policy duties since November 2018 as a member. Previously, Mohammad Javed Ghani has served in various key positions in the FBR at the policy and operations level across the country and is an officer with extensive experience in tax revenue matters.
He has also served in various ports, airports, border customs offices including Karachi, Islamabad Airport, Gwadar Port, Sost Border, Chaman Border, Taftan Border, Karachi Seaport, Quetta, Lahore and Sialkot. ۔
He holds an honorary Master of Law (LLM) degree in International Economic Law from the University of Warwick in the United Kingdom and an honorary Master’s degree in Economics from Government College (Punjab University) Lahore.
He has published numerous articles and research papers, including Developing Web of International Economic Corridor and Pakistan, Pakistan-Afghanistan Transit Trade Review, WTO, Trade Facilities and Pakistan Customs, Electronic Filing of Goods Declaration in One Customs and Legal. Includes several other articles.
He has participated in various international conferences and training courses abroad in various countries including Bangladesh, Belgium, Canada, China, France, Japan, Kazakhstan, Philippines, Russia, South Korea, Tajikistan, Thailand, Turkey, UK and Muhammad Javed Ghani has been a member of FBR for one year and nine months
Prior to that, he held the post of DG Customs Transit Trade for three years and nine months.
He joined the civil service in 1983 after completing CSS training.