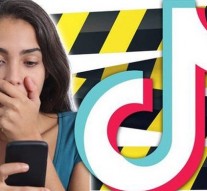 No Comments on Did Lockdown Pop Up Tick Talk?

Did Lockdown Pop Up Tick Talk?
China’s video app TikTok is once again in trouble.The app is rumored to be used by the Chinese government for online spying.According to Arab News, this tick talk is a video sharing app owned by the Chinese company Byte Dance, where users share their short clips with each other.Using special filters to match the lips of the person in the tick talk video allows users to create short clips. They can then be shared or downloaded on social media.
Due to the spread of Corona virus around the world, where there were lock downs and curfews everywhere, the interest in this app grew. Many users downloaded the tick to watch the video and tried to recreate it during the heyday of the Corona virus.
With regard to this app, Saudi Model Rose in the Middle East, Khalid and Salama based in the United Arab Emirates and Saudi Top Tick Tucker have gained significant popularity, which has gained access to four lakh followers.
Rania Mohammad, a fourth-year medical student at Riyadh’s Darul Uloom University, says tik tok was the best way to cope with university and quarantine pressures.
“Being a medical student, both study time and free time are specific and limited,” she told Arab News. In the meantime, taking a 15-minute break for a tik tok toe encourages me. The specific style of humor from this app is a way to keep me happy and laugh.
Abdullah Al-Jaber, a Saudi cyber security expert, believes that the app’s rules and regulations raise concerns about the security of the data obtained by Tik Tok.
It has recently been reported that Amazon has requested employees to remove the app from their smartphones. This is a security risk. The company later withdrew its directive.
“In the case of TikTok, we do not know how the data is being used or stored because we are not familiar with its rules,” Abdullah al-Jaber told Arab News.
It is to be noted that after the temporary ban on this app in April 2019, the Ministry of Electronics and Information Technology of India had banned 58 other Chinese apps along with the ban on Tik Tak in June this year. 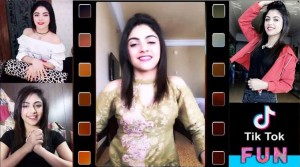 Indonesia temporarily shut down Tik Tok in July 2018, citing public concern over “illegal content” such as pornography and blasphemy.
The United States has recently become the third country to seriously consider banning the app, according to the administration of President Donald Trump.
Trump also said in a televised interview about the possible ban on Tik Tok that banning the app would help punish China in response to the corona virus.
Although Saudi Arabia has not yet announced a ban on any kind of tiktok, local users and followers are still trying to exercise caution when using the app.
Al-Hamood, a tick-talk user, considered making a video but later rejected the idea and now uses other people’s videos.
“I have my thoughts on it but I will not take the risk. I don’t even have a registered account, I only have the app but I can watch these videos without giving my information.
They have no interest in creating videos themselves, although they have a registered account to comment on videos and monitor their favorite choices.
However, al-Jaber said that in his opinion, creating an account on Tik Tok does not necessarily pose a threat to other social media.
“If you use Facebook or Twitter, it’s no different than using Tik Tok,” he said.