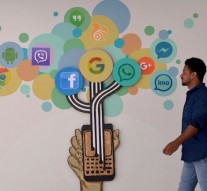 Facebook’s new video chat service compared to ‘Zoom’
Social networking site Facebook has introduced a new video chat service to compete with Zoom, which will allow up to 50 users to talk simultaneously.
According to AFP news agency, the new chat service will be accessible via Facebook Messenger and video calls will also include Internet users who do not have a Facebook account.
Launched as Messenger Rooms, the new service will allow you to connect with your friends and family at any time.
Mark Zuckerberg, Facebook’s chief executive, told AFP about the new chat service, saying the app would be open on a computer or phone and would be able to communicate with people who don’t normally communicate. ۔
“If I’m spending time on the couch on the weekends, I can invite all my friends to spend time with me through the chat room.”
Mark Zuckerberg said that in the current situation, the lack of communication in the world is being felt severely, and in such cases, this service will make it easier to restore communication.
You do not need to have a Facebook account or download the Messenger app to join a video chat room.
Mark Zuckerberg said he would receive a link to a video chat invitation that would allow him to enter the messenger room. In the absence of an app, this link will automatically open in the browser, allowing you to join the chat room with other users. Only those who receive invitations will be allowed to enter these chat rooms.
During the lockdown after the Corona virus, Facebook has introduced a video chat service at a time when the use of the social networking application ‘Zoom’ is increasing. Zoom aims to make it easier to hold official or business meetings via video link.
Facebook’s new service will allow users to create chat rooms and invite people of their choice to join. Users will be able to choose their own chat room background, and will also be able to use emojis and feature-changing features while chatting.
In the coming weeks, the new service will be available to all 2.5 billion Facebook users worldwide.