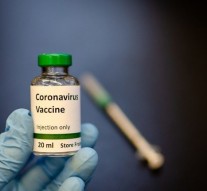 No Comments on How are clinical trials performed to develop a vaccine?

How are clinical trials performed to develop a vaccine?
Scientists around the world are working to develop a vaccine for the corona virus, and clinical trials for the corona virus vaccine have begun in several countries.
Recently, the Chinese company has also offered Pakistan for clinical trials to develop a vaccine for corona virus, for which rules and regulations are now being worked out.
A senior official of the Drug Regulatory Authority of Pakistan (DRAP) told Urdu News that the National Health Institute is reviewing the clinical trials of the Chinese company’s corona virus vaccine, which will also seek suggestions from the Pakistan Health Research Council. The Drug Regulatory Authority will approve the code after it is drafted. He said that the dengue vaccine had come for registration earlier but there were concerns in other countries about the vaccine, which could affect the human health of the vaccine.
There was a risk of side effects, which led to the vaccine not being approved. He said that the process of preparation of vaccine is long and many precautions have to be taken as it can be a dangerous issue.
According to the officials of Pakistan Drug Regulatory Authority, rules and regulations will be worked out between the National Institutes of Health and the Chinese company in which an agreement will be reached regarding the protocol of clinical trials.
How are clinical trials performed to develop vaccines?
Athar Niaz Rana, head of the immunology department at Shifa International Islamabad, told Click Daily News that there are five to six stages in vaccine development in which the stage of clinical trials is considered very important.
“Clinical trials are preceded by a pre-clinical phase in which research is done to find out the nature of the virus and then after doing laboratory tests etc. a special chemical is prepared which after approval the clinical trials start.”
Dr. Athar Niaz Rana says that since this is a global emergency situation, the protocol of clinical trials will also have to be changed now. “At this stage, the results of the vaccine are usually evaluated first on small and then on large animals, and then on a few healthy volunteers. The results are evaluated.”
According to Dr. Athar Niaz Rana, in the third phase of the clinical trial, the vaccine is being tested extensively. And results are obtained, but since the corona virus has spread around the world, this step can be performed anywhere.
The fourth stage of the clinical trial examines all people who have been vaccinated. At this stage, it is seen that other than the eradication of the virus, the people who have been vaccinated have other effects on their health. This phase usually requires a lot of time, but in a global emergency this phase can be shortened.
How long will it take to complete clinical trials?
Speaking to Urdu News, Dr. Ijaz of the National Institute of Health Research said, “In the past, it used to take ten to fifteen years for any vaccine to be developed, but nowadays modern methods are being used to speed up the process. The results can come out.
He said that the most advanced method is the ‘Modern Platform’ under which vaccines are being developed as soon as possible and under this technology, cancer vaccines have been developed within 40 days.
He added that even with this technology, it could take at least four months for a corona virus vaccine to be developed, but that the condition is that everything goes according to the rules and expectations. It may take longer.
According to Dr. Athar Niaz Rana of Shifa International, due to the global epidemic situation, the protocols for developing vaccines will be significantly changed, but even after doing everything quickly, it will take four to six months. “Even if everything is done quickly, clinical trials will take at least three months.
He feared that if the corona virus vaccine could not be developed this year, then another vaccine might have to be developed. “Viruses usually change shape after a season, in which case it will be necessary to develop another vaccine, but it will take less time because there has been a lot of research on corona virus,” he said.
“The preparation of any vaccine has an ‘approval stage’ after the clinical trials in which the vaccine is approved in the light of all the results and then the vaccine is made after quality control.”