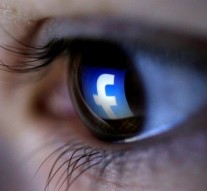 To protect users from counterfeiters, Facebook has said it will introduce a system in its messenger application that can identify such suspicious accounts.
“People often start talking to people they don’t know well, and most of them are counterfeiters,” AFP quoted Jay Sullivan, Facebook’s director of privacy and safety product management, as saying. Get out
He added that such accounts are difficult to identify in the beginning, which can lead to huge losses for users.
“Under Facebook’s system, security notices will be sent to users during conversations on Messenger if the software finds conversations between users suspicious.”
This software will identify suspicious accounts based on the content of conversations between users.
He said the new system would save millions of lives.
According to Facebook, the system was introduced in March for the Messenger app used in Android phones, while for iPhones it will be announced next week.