Which Pakistani chefs are on top on YouTube?
During the month of Ramadan, housewives try to make their families happy by preparing fresh food for Iftar every day, for which they start searching for their favorite recipes on the cooking channels available on YouTube. 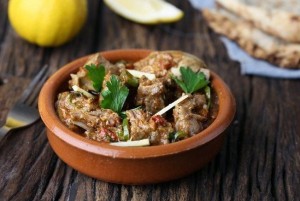 But because of a lack of awareness of the best-known YouTube channel, their food often doesn’t turn out the way they used to.
To ease the plight of such women, Urdu News has identified the top five channels in Pakistan where you will not have to go to a restaurant to see the simple and delicious recipes available. The number of people following all these channels is also in the millions.
Kitchen with Amina
Amna Riaz, who lives in Lahore, is the first woman in Pakistan to have more than 3 million subscribers on her cooking channel. There are 924 videos on Amna’s channel. These videos include almost every traditional dish of India and Pakistan.
Amna explains every trick on her channel in a very good way. Amna started her channel with a simple camera video from her phone which has become a popular channel in Pakistan.
Village Food Secrets
Mubashir Siddique, who runs the channel, lives in a village and has more than 2 million followers on his channel. What is special about this channel is that the evangelists show the village environment in their videos. Evangelists cook in pottery, which is very popular. There are 709 videos on his channel.
Food Fusion
The Food Fusion channel has over 2 million subscribers. What is special about this channel is that instead of describing each recipe, the ingredients of the dish are explained along with the music.
People who follow this channel say that it is a lot of fun to watch videos of this channel. And it seems that even the most difficult dish is easy to prepare. The channel has over 1,500 videos featuring techniques from around the world.

Super chef
Super Chef is a channel where every dish is prepared in a matter of minutes. In this channel too, instead of describing the recipe, the recipe is explained in the form of ingredients. This channel has shared simple Ramadan related techniques which are being liked a lot.
Who Foods
Who Foods is run by Afzal Arshad. This is a very interesting and informative channel. The feature of this channel is that if a person wants to start his own business on a commercial level, then Afzal Arshad teaches dishes made in commercial places.
The special thing about all these channels is that you can start your own channel by learning all kinds of tricks from them and earn millions of rupees like these people sitting at home.