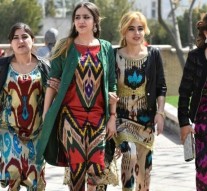 Countries where there is not a single case of corona virus
The corona virus has infected more than 3 million people on the planet in the last four months, but not a single case of the deadly virus has been reported in 33 countries and territories around the world.
According to the British news agency Reuters, these include Tajikistan, Turkmenistan, Comoros and Lesotho, as well as remote small islands in the Pacific Ocean such as Nauru, Kiribati and Solomon.
As of April 20, at least one case of the corona virus has been reported in 213 of the 247 countries and territories recognized by the United Nations. Of these, the virus was transmitted locally in 186 countries and caused death in 162 countries.
According to Reuters, if a country does not report a case, it does not mean that there is no case of corona virus.
North Korea, for example, has not reported any cases of Corona, but its borders seem to be with China, Russia and South Korea where the virus has wreaked havoc, so North Korea may have had the virus and hid it. Be
If we look at the trend of the spread of the virus in different regions, it is known that after Asia, cases started being reported in Europe from the end of February.
Latin America and Africa remained virus-free until January and February, but the virus has since spread rapidly.
There are five countries and regions in the world where cases were reported but they soon overcame the corona virus.
These include Anguilla, Greenland, the Caribbean islands of St. Brat’s and St. Lucia and Yemen, while no further deaths or outbreaks have been reported in those countries since patients recovered