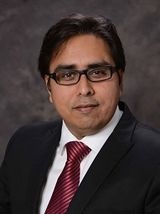 Shahbaz Gul is still on the payroll of American Public University

Islamabad (The News) Shahbaz Gul is still on the payroll of American Public University, the salary and employment of Special Assistant to the Prime Minister has not been declared in the Cabinet Division.

According to details, PM’s spokesperson Shahbaz Gul is on payroll of an American public university and did not declare his salary and employment in the assets submitted to the cabinet division.

The University of Illinois at Urbana-Champaign, where Shahbaz Gul, a special assistant to the prime minister, has been appointed as a clinical assistant professor, confirmed to The News in a written reply that he is still employed by the university and has an annual salary of $12 124,770.92.

According to the university’s official response, Gul is teaching management and organizational behavior, marketing principles and retail principles.

As directed by the Prime Minister, all Special Assistants to the Prime Minister and Advisers to the Cabinet Division are required to declare their assets and liabilities in a prescribed declaration form. However, Gul did not announce the salary or employment of the cabinet division at the US State University. Despite receiving his salary, he did not report to the Cabinet Division.