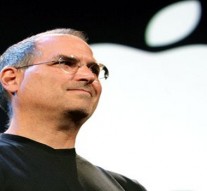 The first operational 38-year-old computer Apple-1 which was built in garage of Steve jobs has been sold in auction for US $365K held in New York. It was named after Charles Ricketts, the inventor as Ricketts Apple-1 Personal Computer. This magnificent machine was released with other almost 50 computers in 1976. The rare machine failed to win it’s deserve price at auction which has estimate of US $ 400K to US $600K.

According to Bob Luther

“It was a little disappointing. But it was time for me to move on, and it’s good that it’s sold. Owning it has been an incredible experience. And I can’t complain. I’m a big Apple fan and I’m not very diversified in my 401(k) because a very high percentage of it is in Apple stock. And [that Apple stock] has been very good to me.”

In October, the pioneer of automotive industry Henry Ford bought Apple-1 computer for US $905K. Apple-1 was the first operating machine whose invention needs finance and Steve sold his Volkswagen Van for its fund, while Steve Wozniak the partner of Apple and engineer Wozniak sold a calculator for $500. The Apple-1 was hand-made wooden computer by Wozniak and was later sold for US $666.66 in 1976. The Apple-1 family involved 200 unites, out of which 25 were successfully sold in 10 months.

Wozniak was recently appointed chief scientist at storage start-up Primary Data. His new position will see him counsel the company on technology vision and architecture.