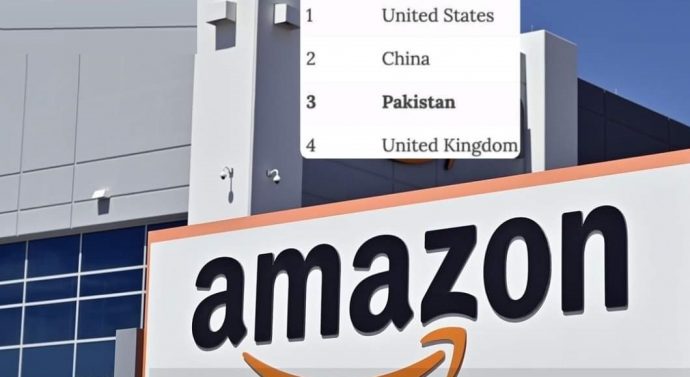 Thousands of sellers from Pakistan joined the Amazon marketplace just one year after Amazon opened it to merchants from Pakistan. That’s more sellers than from India, Vietnam, the United Kingdom, or Canada.

Amazon added Pakistan to the countries allowed to sell on its marketplace in May 2021. According to local media reports, talks between Amazon, Pakistan’s Ministry of Commerce, and the National e-Commerce Council began in 2020. A year after Pakistan’s first e-commerce policy included adding Pakistan to Amazon’s list.

According to Marketplace Pulse research, Pakistan is currently the No. 3 top country among new sellers that joined Amazon’s marketplace in the U.S. in 2022. Unsurprisingly, the U.S. and China top the list. The thousands of Pakistani sellers dwarf in comparison to the two largest locations, but that’s more than the rest of the countries in the world, including export hubs like India and neighboring countries like Canada.