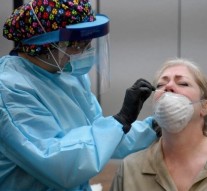 No Comments on Corona could lead to psychological problems: UN

The United Nations says the corona virus has increased the risk of global psychological problems.
The United Nations has called on all countries to “take steps to protect the physical health of the people as well as to deal with mental stress,” according to AFP.
The United Nations has said in a policy statement that “the protection of physical health has been a top priority since the outbreak of Corona, but more and more people are suffering from the effects of the epidemic.”
“Psychological issues have been ignored for decades and there has been an increase in stress in families and communities since Corona,” UN Secretary-General Antonio Guterres said in a video message. “Even if the epidemic is brought under control, grief, anxiety and depression will continue to have a negative impact on health,” he said.
The UN policy statement also points to the psychological problems of those who lost their jobs due to Corona, who lost their loved ones or whose health was affected by the lockdown.
The head of the World Health Organization’s mental health department also said that “the current crisis has led to a 60 percent increase in psychological problems in the United States and a 45 percent increase in Iran.” “Nearly half of health workers need help dealing with mental health problems,” he said, citing a Canadian study.
The UN policy statement urges all countries to prioritize mental health in addressing all aspects of the epidemic. According to the United Nations, even before the recent crisis, most countries spent only 2% of their health budgets on mental health.