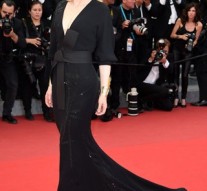 No Comments on Why Cate Hates Social Media

CATE BLANCHETT is not a fan of social media, finding that the concept of “likes and dislikes” found on most platforms causes “rivalry and jealousy” among supposed friends.

“I think it’s because people constantly are taking pictures of themselves to send them to people to see if they like me, ‘Do they like me?’ It’s pathetic, the whole thing about people worrying about what other people are going to think,” she told Yahoo Beauty. “I just can’t handle it. Of course you want people to go see the films that you make; of course you want them to enjoy them. But I’m not out there saying, ‘Do they like the way I look? Do they like that look on the red carpet?’ You have to say, ‘This is what I’m doing right now.'”

Asked about what she will teach her newly adopted daughter about beauty and self-perception, Blanchett again comes back to the concept of what we send out into the world.

“I hope the conversations I have with her are no different than the conversations I have with my sons,” she said. “It comes back to self-respect. It’s this huge thing. ‘Like me! Like me!’ The like and the dislike is just totally primary schoolyard. I cannot for the life of me work out why adults are participating in that shit. There is so much great stuff on social media, I don’t want to be on a soap box about it. I think it’s a genuine way to build community and, we tell ourselves we live in democracies, but really the media runs a lot of the way opinions are formed. There’s a subversive quality to the internet, and I do think there’s a genuine ability to connect, but the downside with social media is it divides people really quickly and sets up rivalry and jealousy and a sense of the life over there is better than the life over here.”