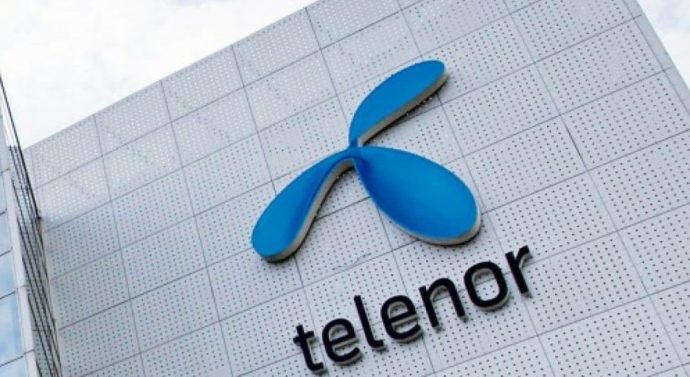 Bloomberg has reported that Telenor Pakistan is suddenly up for the sale despite being a rising network whose stocks are doing well day by day. Telenor is going to sell its operations in Pakistan, which could be valued at about $.1 billion. The Norwegian telecommunications operator is working with Citigroup Inc. and will invite first-round bids for the business later this month, the people said, asking not to be identified as discussing confidential information. Telenor said in July that it would conduct a strategic review of its Pakistan unit after posting a 2.5-billion-krone ($240 million or Rs.5.3 Crore) impairment on operations in the emerging economy.

Many buyers from the Middle East and Asia with existing operations in Pakistan are expected to show interest. Deliberations are ongoing and there’s no certainty they’ll result in a transaction, they said. Representatives for Citigroup and Telenor declined to comment. Shares of Telenor have also seen good growth of as much as 2.4% on Wednesday. The stock was up 1.8 percent in Oslo, giving the company a market value of $13 billion.

In October, Telenor said underlying earnings in Pakistan fell 22 percent in the third quarter, in part because of rising energy prices in the country. The impact of this was offset by a gain from the reversal of a SIM tax in Pakistan. The gain of 600 million kroner ($57.79 million) in Pakistan, one of Telenor’s four Asian markets, was linked to a court decision on the applicability of tax on mobile phone SIM cards for the period from 2014 to 2020.

We know that PTCL was in advanced talks with Telenor, but the outcome is yet to be seen. If Bloomberg is to be believed, then the development has taken its final shape at this point in time. More recently the head of Telenor Group reaffirmed the plans for realignment of Asian operations, and it appears today’s Bloomberg report is around the same development. Back in July, Telenor had claimed that it would carry out a strategic review of its operations in Pakistan after spending $244 million in a struggling economy.

Bloomberg, without specifically mentioning anyone, said that entities based in the Middle East and Asia that are already working in Pakistan are expected to turn up in the bidding process later this month. Talks are going on and the Norwegian telecom company is hopeful that they will lead to fruition.

Telenor, which has 175 million customers in eight countries across the Nordic region and Asia, in recent years sought to cut costs and boost its cash flow to make room for higher dividends and 5G investments. The company’s biggest moves to date include plans to consolidate markets in South-East Asia, with a $15 billion merger to form a telecoms leader in Malaysia and an $8.6 billion deal in Thailand. Both units are run by Telenor Asia, which also operates the company’s business in Pakistan and Bangladesh.

Telenor Pakistan’s revenue declined by around 8 percent in Norwegian Kroner terms, while appreciating 4 percent in rupee terms during the first three quarters of 2022 and remained NOK 3.390 billion (Rs82.57 billion) compared to NOK 4.270 billion (Rs 79.36 billion) during the same period of 2021.

Telenor Pakistan reported a total of NOK 1.320 billion (Rs 29.53 billion) in revenues during the third quarter of 2022 compared to NKO 1.425 billion (Rs 26.68 billion) during the same period of last year i.e. 2021 and registered around 7.5 percent decline in NOK terms and 10 percent increase in rupee. The Group’s Pakistan business was affected by unprecedented flooding during the quarter. The situation impacted the spending power of consumers and also caused network outages along with increasing costs.