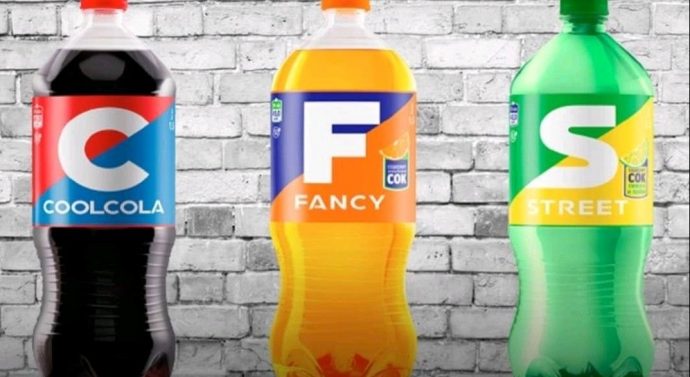 A Russian beverage maker revealed new soft drinks after the well-known brands such as Coca-Cola, Fanta and Sprite have left the Russian market after the invasion of Ukraine. As per the Moscow Times, Russian drink producer Ochakovo announced that the global soda brands will be replaced with new drinks such as Cool-Cola, Fancy and Street. However, it is said that the Coca-Cola products will be still available in the markets but the prices have skyrocketed by roughly 200% since the suspension.

Ochakovo on his website wrote that CoolCola has the “iconic taste of Cola.” As per the sources, the new brand’s bottles of orange-flavoured ‘fancy’ and lemon-lime ‘street’ mimic the colour scheme of Fanta and Sprite.

However, this is not the only firm that is trying to capitalize on Coca-Cola’s step back from the Russian market. Companies such as Slavda Group which is based in Russia’s Far East have launched Grink Cola which has captured the hearts of Russia’s soda lovers. On the other hand, a factory named Syktyvkarpivo based in the northern Russian region of Komi has launched its own brand of soda named Komi Cola.

However, people are saying that both these alternatives to soda drinks have sparked mixed responses as the customers complain that neither drink was “sweet and sparkling.”