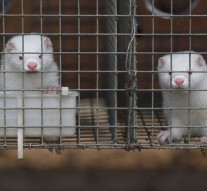 No Comments on Corona in animals in the Netherlands

Corona in animals in the Netherlands
Corona at mink animal farms in the Netherlands
In the Netherlands, the government has launched an investigation after the coronavirus was confirmed on mink animal farms and people have been banned from approaching the farms.
The Ministry of Agriculture and Food says an investigation is under way into how corona spread to farms in the southern Netherlands, but it is thought the virus was transmitted from animals to people working there.
The number of Corona victims in the Netherlands is 38,000 and the people are from the southern part of the country where the disease has been found in animals.
According to a statement issued by the government, in addition to taking samples of healthy and infected animals on the farm, authorities have also obtained soil and air samples.
The ministry also banned the movement of animals from the affected farms and directed mink farmers across the country to report any unusual symptoms in any of the animals. However, this rule does not apply to other livestock farms in the country.
It is not yet clear how the virus infects animals, but there have been several cases of coronavirus in domestic and zoo animals.
In Hong Kong, at least two dogs tested positive for the virus, while in New York, two cats tested positive for corona. Earlier, the Corona virus was confirmed in one million tigers at the Bronx Zoo, after which corona was found in other tigers at the zoo