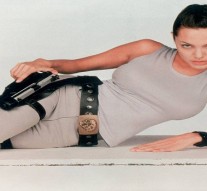 No Comments on When Spoil Brat, Angelina Stare Pascal

On Wednesday, after two days of Sony Pictures hacking story which created fuss in celebrity life’s specially the Oscar winner Angelina Julie and Co-chairman of Sony Pictures Amy Pascal who were invited at The Hollywood Reporter’s Women in Entertainment Power 100 breakfast, Los Angele. The two shared an embarrassing moment after hackers leaked Pascal and Hollywood Producer Scott Rudin spam emails in which they called Jolie a “minimally talented spoiled brat”.

“I’m not destroying my career over a minimally talented spoiled brat who thought nothing of shoving this off her plate for 18 months so she could go direct a movie,”

Rudin allegedly fumed in an email to Pascal.

Rudin gave a statement to NBC:

“Private emails between friends and colleagues written in haste and without much thought or sensitivity, even when the content of them is meant to be in jest, can result in offense where none was intended. I made a series of remarks that were meant only to be funny, but in the cold light of day, they are in fact thoughtless and insensitive—and not funny at all. To anybody I’ve offended, I’m profoundly and deeply sorry, and I regret and apologize for any injury they might have caused.”

“The content of my emails to Scott were insensitive and inappropriate but are not an accurate reflection of who I am. Although this was a private communication that was stolen, I accept full responsibility for what I wrote and apologize to everyone who was offended.”

According to inside report, Pascal future with Sony Pictures is now doubtful.