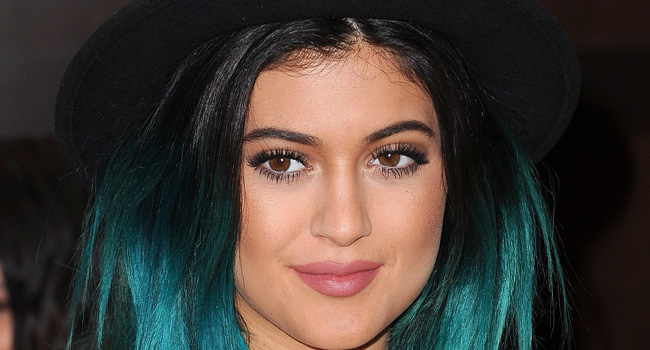 The American reality show E! Hot and gorgeous actress Kylie Jenner stunned her fans when she stepped out for dinner date at Mr. Chow, the popular West Hollywood eatery. Kylie is half sister of Kourtney Kardashian, Khloe and Kim. The 17th year old Kylie Jenner was dating Tyga, an old rapper 24 years old. Tyga later refused on the rumors and called their close relationship a family friendship. Kylie belong to celebrity family and actress has own designing line accompany her sister Kendall which has make Keyli the explosive fashion icon in Hollywood.

Kylie Jenner grip media attention with her recent Instagram pictures which clearly showed that actress has plastic surgery with bootex and lip injections but Kim Kardashian, the actress half sister later denied the rumors as Kylie knows how to look elegant and stylish and she doesn’t have any kind of surgeries or injections for her figure. Although the rumors flooded on social sites about a month but Kim end it with calling a boring and wasted conversation on actress life.

On Tuesday Kylie looked gorgeous in an explosive looks with a navy bomber jacket, Timberlands and a red sweater dress which is complemented with chunky boots. Her jumper dress has made her sexy legs more classy and sexy looks that it grips the eye balls that caught actress outside Mr. Chow.

Its stylish combination if you wear chunky items with manly cloths and mini tailored jumper give more sex appeal to your figure.

The actress walks towards her car with lowering gaze and checking her messages on mobile which she was tightly holding on her right hand. The loosely hanged bag on right hand completed the soft and stylish look of actress. According to actress Kylie sister Kim Kardashian, “Kylie is great at make-up” and we can check her beautiful makeup sense which add more beauty in this classic simple outfit.