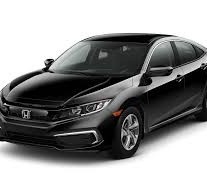 Honda Atlas Company increased the prices of its vehicles

Prices of various vehicles were increased from Rs.2 60,000 to Rs. 4,25,000. Honda Atlas has the highest increase in the value of the Honda Civic VTSR model.

The lowest increase has different models of 1300cc engines of Honda and 1500cc aspire models prices were increased upto 200000.

The increased prices will be applied by 24th june 2019.