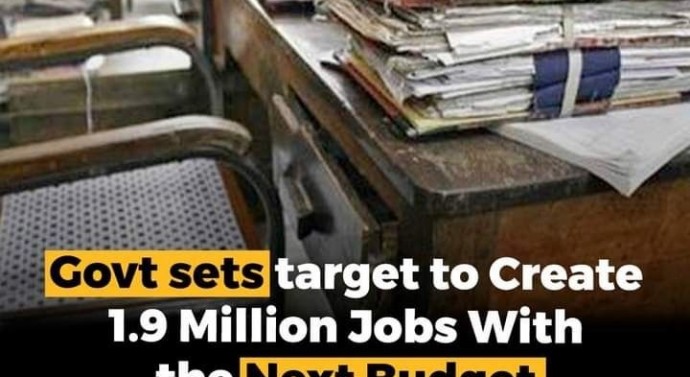 Govt set target to create 1.9 Millions jobs with the next budget
Government has targeted to create up to 1.9 million jobs, restricting budget deficit to 4.4 per cent of the GDP and increasing country’s economic growth to 5.1 percent by fiscal year 2023-24.

It has estimated the total federal expenditure to be Rs. 8.56 trillion with a deficit of Rs. 3.154 billion.

The effort is aimed at meeting its electoral promise of 100 million jobs in five years.